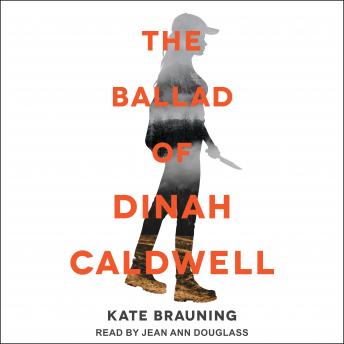 The Ballad of Dinah Caldwell

Nothing is more dangerous than a girl with nothing left to lose.

Dinah Caldwell has been filling her father's role since he abandoned their family four years ago. She and her grief-stricken mom run their subsistence farm deep in the Ozarks, making sure her younger brother never has to worry. Until the day Gabriel Gates, who owns everyone in Charlotte County, kills her mother to steal her family's well.

Homeless, heartbroken, and alone, Dinah only has a single razor-sharp goal: revenge. And now that Gates has put a ten-thousand-dollar bounty on her head, she can't trust anyone, but she also can't take down the most powerful man in the mountains by herself.

Her only allies are Kara, Dinah's best friend and secret crush, and Johnny, a young bootlegger who has as much reason to hate Gates as Dinah does. With their help and resources, and maybe even love, she can spark a revolution and set the whole county free-if their combined secrets don't get them all killed first.