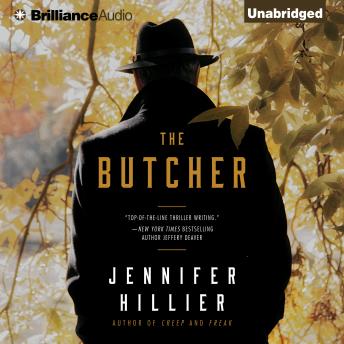 Edward Shank was a hero; everyone knew that. Thirty years ago, the now-retired police chief hunted down and killed the most notorious serial killer in Seattle’s history, the man they called the Beacon Hill Butcher. Now, eighty years old and recently widowed, Edward is giving up his rambling Victorian house to his grandson, Matt, whom he helped raise. For Matt, everything about settling back into the house feels right, even if he’s resisting the commitment of letting his girlfriend move in. Then, while making some renovations, he stumbles upon a locked crate buried in the backyard. The gruesome cache inside changes everything. Matt must decide whether he should leave the long-interred secret hidden, go to the police, or take matters into his own hands. And the sinister enigma of his family’s past is feeding disturbing changes in himself, as well. Sam, his girlfriend, has always been driven by an unsettling suspicion that her mother was killed by the Beacon Hill Butcher—even though the murder took place two years after Edward Shank gunned down the Butcher. But Sam’s pursuit of leads is bringing her too close to the truth…and right into the path of Matt’s terrible secret. Filled with taut, fast-paced suspense and twists around every corner, The Butcher is a shocking thriller that will keep you guessing until the bitter, bloody end.

Great book, kept my attention from beginning to end.

This title is due for release on July 15, 2014
We'll send you an email as soon as it is available!