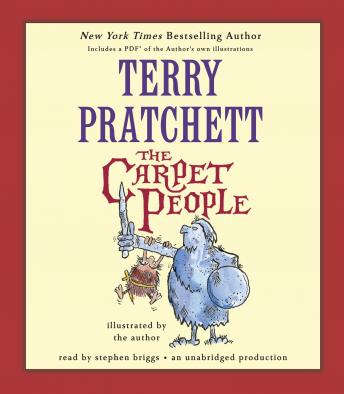 In the beginning, there was nothing but endless flatness. Then came the Carpet…

Now, the Carpet is home to many different tribes and peoples, and a new story: the story of Fray, sweeping a trail of destruction across the Carpet; the story of power-hungry mouls — and of two Munrung brothers who set out on an adventure to end all adventures when their village is flattened. It’s a story that will come to a terrible end if someone doesn’ t do something about it.

This title is due for release on November 5, 2013
We'll send you an email as soon as it is available!