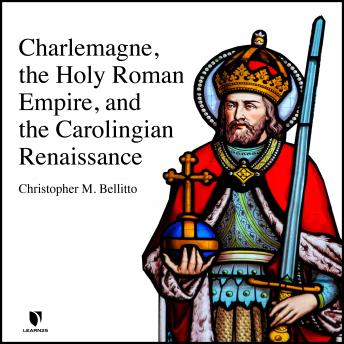 Charlemagne, the Holy Roman Empire, and the Carolingian Renaissance

The relationship between church and state is a powerful thread stitching the medieval era to modern history. Through this captivating course on Charlemagne, you can follow it back to its fascinating inception in the Holy Roman Empire.

Join one of the world's leading Church historians, Professor Christopher Bellitto, in this journey. You will begin this series by unpacking the long history of theocracy outside of Christianity before moving into the often fraught relationship between pope and prince. You'll gain historical context by first exploring the legacy of the Roman emperor Constantine and then trace how Christianity converted Europe in the early Middle Ages.

Next, you'll turn to the transformation Charlemagne attempted by around 800, when he was crowned Holy Roman Emperor. Charlemagne regulated the Carolingian Empire using the Roman imperial structure, setting the stage for tremendous power struggles in the centuries to come. As you learn how the relationship between popes and emperors played out thereafter, you'll journey through medieval, reformation, and modern European history. Discover the transformative impact of the Carolingian Renaissance on writing, art, and university learning.

Considered an heir to Constantine, Charlemagne came to see himself as an anointed partner-even superior, as defender of the faith-with the papacy. This self-conception is central to the course.

This course is part of the Learn25 Collection.

Very informative informative. I love history but I didn't know a lot about the history of the Church and State and how they have been entwined from the very first type of Government. The Presenter was very easy to listen to. Definitely recommend!

This title is due for release on November 6, 2020
We'll send you an email as soon as it is available!