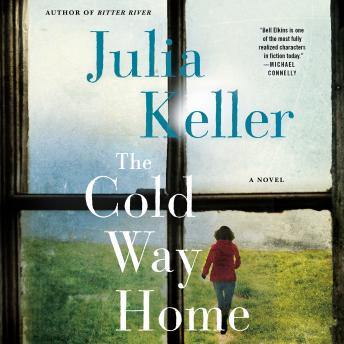 The Cold Way Home: A Novel

'[An] emotion-charged mystery.... Keller's sleuths are easy to like and the murder story is moving; but the object of fascination here is Wellwood, a state-run mental institution with a dark history as a repository for 'rebellious, unruly women.'' ―The New York Times Book Review

Pulitzer Prize-winning author Julia Keller welcomes readers back to West Virginia, where her lyrical and moving stories of the people of her native state have unfolded since A Killing in the Hills, the acclaimed first novel in the series.

Deep in the woods just outside Acker's Gap, West Virginia, rises a ragged chunk of what was once a high stone wall. This is all that remains of Wellwood, a psychiatric hospital for the poor that burned to the ground decades ago. And it is here that Bell Elkins – prosecutor turned private investigator – makes a grim discovery while searching for a missing teenager: A dead body, marred by a ghastly wound that can only mean murder.

To solve the mystery of what happened in these woods where she played as a child, Bell and her partners – former sheriff Nick Fogelsong and former deputy Jake Oakes – must confront the tangled history of Wellwood and its dark legacy, while each grapples with a private torment. Based on a true chapter in the troubled history of early treatment for psychiatric illness, The Cold Way Home is a story of death and life, of despair and hope, of crime and – sometimes, but not always – punishment.

This title is due for release on October 13, 2020
We'll send you an email as soon as it is available!