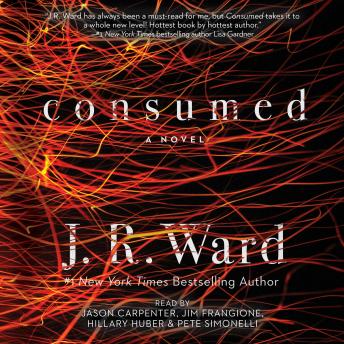 From the #1 New York Times bestselling author and “master of contemporary romance, with heroes so hot they set the pages on fire” (Gena Showalter, New York Times bestselling author), a steamy romantic suspense novel about arson investigator, Anne Ashburn, who is consumed by her troubled past, her family’s scorched legacy, and her current case: chasing a deadly killer.

Anne Ashburn is a woman consumed…

Strong-willed and brash, Anne relished the thrill of fighting fires. But when one risky decision at a warehouse scene changes her life forever, she must reinvent not only her job, but her whole self.

Despite the desire to move on, Anne finds her new career as an arson investigator a pale substitute for all the adrenaline-fueled buzz she left behind. She doesn’t believe she will ever feel that same all-consuming passion for a job again—until a string of suspicious fires endangers the lives of her former colleagues.

Danny McGuire is the best fireman in the city but in the midst of a personal meltdown. He’s taking risks like never before thanks to a reckless death wish—until he teams up with Anne to find the fire starter. Passion flares between them—not for the first time—but as Anne narrows in on her target, the arsonist marks her as the next victim in this firestorm of a novel.

With heart-pounding suspense and sizzling romance, Consumed is a compulsively readable novel that “you won’t be able to put down” (USA TODAY).

This book is SO good, worth the listen!