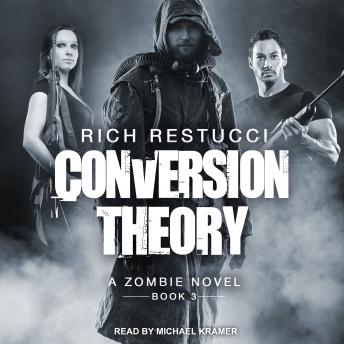 Plague. Infection. Death. Civilization is gone, assaulted by the walking dead. Within these pages lies a man's tale of unspeakable horror and humor told during the zombie apocalypse. One man stands immune to the greatest plague in human history. Our hero, should you choose to call him that, is now hunted by organizations that would use him for his immunity. Chased by relentless forces incapable of mercy or pity, our hero and his friends must fight off those that seek to destroy them. Government scientists seek him. The dead want to eat him. Humanity needs him.

Join him as he chronicles his successes and failures in a world where success means finding an unopened can of Spam, and failure means death.

this series took me by surprise. I didn't think I was going to make it through the first 15 minutes of listening to the first book, it took some time for me to be able to engage with the main character who is the first person narrator. eventually he really grew on me despite the fact that his humor is racist and sexist it's just who he is. really I couldn't stop I read all three books in the course of about 5 days the narration was excellent there was no need to put on different voices cuz it's all first person and I felt quite attached perhaps to the personality that came across through the narration. I would read more of this if I could.

Great *possible?* conclusion to this wonderful series. Wonder if there’ll be a fourth book…

freaking awesome...but again it was over .can not seem to find next book or is not available yet? loved it horror and comedy so well put together......Not a waste of time

This title is due for release on June 6, 2017
We'll send you an email as soon as it is available!