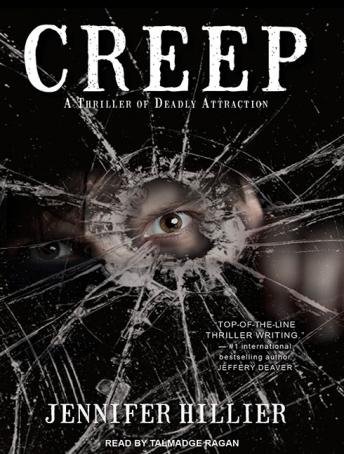 Dr. Sheila Tao is a professor of psychology, an expert in human behavior with her own hidden past. But she's not the only one keeping secrets. When Sheila began an affair with her sexy graduate assistant Ethan Wolfe, she knew she was playing with fire. Consumed by lust when they were together, she was riddled with guilt when they were apart. Now she's finally engaged to a good man, and it's time to end the dangerous liaison. But Ethan has something different in mind. He intends to make her pay for rejecting him.

As Sheila attempts to counter Ethan's increasingly threatening moves, he schemes to reveal her darkest, most intimate secrets by destroying her prestigious career . . . and then her. Caught in a terrifying cat-and-mouse game, Sheila must fight for her life and free herself from the ex-lover whom she couldn't resist-who is now the manipulative monster who won't let her go.

I was in the major bing of Jennifer Hillier's books and hit a wall. I felt the characters where a bit one note in Creep but the Narration was unbearable.

This title is due for release on June 24, 2013
We'll send you an email as soon as it is available!