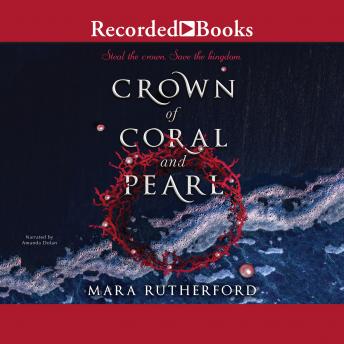 Crown of Coral and Pearl

For generations, the princes of Ilara have married the most beautiful maidens from the ocean village of Varenia. But though every girl longs to be chosen as the next princess, the cost of becoming royalty is higher than any of them could ever imagine. Nor once dreamed of seeing the wondrous wealth and beauty of Ilara, the kingdom that's ruled her village for as long as anyone can remember. But when a childhood accident left her with a permanent scar, it became clear that her identical twin sister, Zadie, would likely be chosen to marry the Crown Prince-while Nor remained behind, unable to ever set foot on land. Then Zadie is gravely injured, and Nor is sent to Ilara in her place. To Nor's dismay, her future husband, Prince Ceren, is as forbidding and cold as his home-a castle carved into a mountain and devoid of sunlight. And as she grows closer to Ceren's brother, the charming Prince Talin, Nor uncovers startling truths about a failing royal bloodline, a murdered queen.and a plot to destroy the home she was once so eager to leave. In order to save her people, Nor must learn to negotiate the treacherous protocols of a court where lies reign and obsession rules. But discovering her own formidable strength may be the one move that costs her everything: the crown, Varenia and Zadie.

Nice storey. Unfortunately the names used are standard to these types of tales. At times got confused which book I was listening to. A good driving listen.

I really enjoyed this book.

Loved it!! An amazing story and great characters.

This was a pretty good story. A great world is created and the characters are sympathetic. I can see there is possibility for a sequel that I would be interested in. But it strings out for so long, and says the same thing over and over again! More than once I found myself saying 'Come on! Get on with it!' If Mara could tighten up her writing a bit more, I think this would be an excellent read/listen! Amanda - the narrator - is very expressive and pulled me along into the characters' journey brilliantly. The only thing I had a problem with was too-long gaps in odd places. Several times I thought it was the end of the chapter, when it was just an overlong gap between paragraphs! Now, that could be Amanda herself, or it could be the editor putting too much time in. Hope that gets fixed. Good story. Hope there is a sequel. Worth listening to.

It held my attention... enthralled night be a better word. I would like to see a part II.

This title is due for release on August 27, 2019
We'll send you an email as soon as it is available!