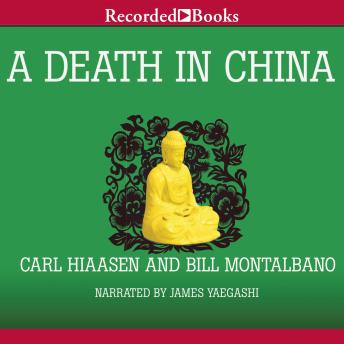 A Death in China

From Carl Hiaasen and the distinguished foreign correspondent Bill Montalbano comes a relentless novel of treachery and murder set in the clenched society of China, where even tomorrow's weather is a state secret. David Wang, a Chinese-American art historian, dies shortly after a visit to an ancient tomb housing priceless artifacts. Officials diagnose death by duck, a fatal confluence of culture shock and rich cuisine. But Wang's friend Tom Stratton suspects something more sinister, especially after the dead man's brother, a highly placed Party official, tries to have him kidnapped. From a nightmarish interrogation to assassination by cobra, A Death in China takes readers on a trip with no rest stops through a world of claustrophobic mistrust and terrifying danger.

This title is due for release on March 30, 2012
We'll send you an email as soon as it is available!