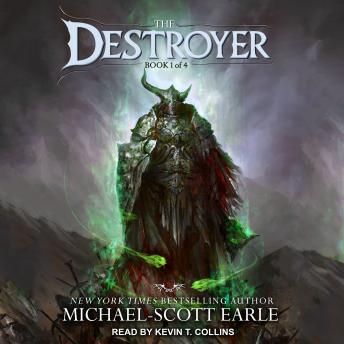 After untold centuries of absence, the evil Ancients have returned. Their magic appears unstoppable and their hunger for conquest is insatiable. To protect the country of Nia, Duchess Nadea and Scholar Paug make a desperate journey to find a human legend: a man known to have destroyed these Ancient foes with a powerful army.

But legends can lie.

When Paug and Nadea revive their hero from sleep, his virtue is far from clear.

Is he really their Savior or their Destroyer?

This title is due for release on November 21, 2017
We'll send you an email as soon as it is available!