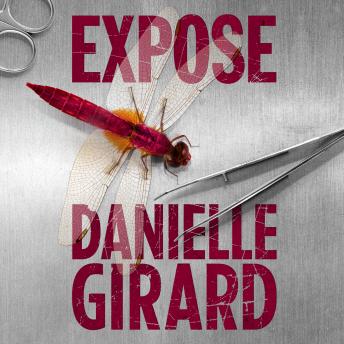 Examining the dead will help her solve present crimes and uncover past secrets in this page-turner thriller for fans of Patricia Cornwell and Rizzoli and Isles.

With her vindictive ex-husband out of prison, San Francisco medical examiner Annabelle Schwartzman is trying harder than ever to move on with her life—by focusing on her job to speak for the victims who can’t. Summoned to a homicide in Golden Gate Park, she realizes that she’d seen the victim just hours before, alive and well in a parked Jeep with a small boy. Now, the woman has been stabbed to death and stripped of her burka, and the child is nowhere to be found.

When an African American student is found dead, bearing knife wounds identical to those of the woman in the park, the press jumps on them as hate crimes. If only they were so easy to explain. There is a connection—but Schwartzman believes it’s something even worse. Her fears are confirmed with the discovery of the next victim.

Now, to stop a vicious killer whose work has only just begun, Schwartzman and Detective Hal Harris must untangle the twisted thread that links it all to the missing boy and a crime buried in the past.

This title is due for release on July 24, 2018
We'll send you an email as soon as it is available!