A Flicker in the Dark: A Novel 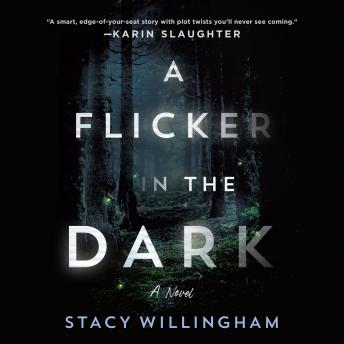 From debut author Stacy Willingham comes a masterfully done, lyrical thriller, certain to be the launch of an amazing career. A Flicker in the Dark is eerily compelling to the very last chapter.

When Chloe Davis was twelve, six teenage girls went missing in her small Louisiana town. By the end of the summer, her own father had confessed to the crimes and was put away for life, leaving Chloe and the rest of her family to grapple with the truth and try to move forward while dealing with the aftermath.

Now twenty years later, Chloe is a psychologist in Baton Rouge and getting ready for her wedding. While she finally has a fragile grasp on the happiness she’s worked so hard to achieve, she sometimes feels as out of control of her own life as the troubled teens who are her patients. So when a local teenage girl goes missing, and then another, that terrifying summer comes crashing back. Is she paranoid, seeing parallels from her past that aren't actually there, or for the second time in her life, is Chloe about to unmask a killer?

'Haunting, lyrical and utterly compelling! These are just a few of the words of praise one could use to describe A Flicker in the Dark. Author Willingham takes us on an unstoppable journey through the psychology of evil, and of courage (in many senses), all told in a pitch-perfect literary style. Once you start reading, you will not put it down.'—New York Times bestseller Jeffery Deaver

Flicker in the Dark: A Novel

This title is due for release on January 11, 2022
We'll send you an email as soon as it is available!