Frankie Sparks and the Lucky Charm 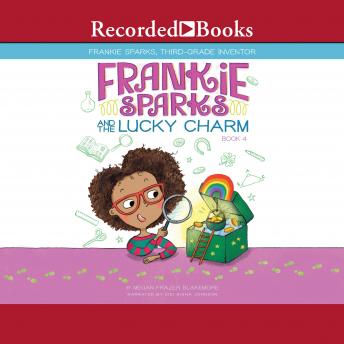 It's springtime in Ms. Cupid's class, and she reads the class a story about an unlucky leprechaun. Frankie Sparks thinks it's funny, but it 's a fairy tale . After all, everyone knows leprechauns aren't real. Unlike Frankie, her best friend, Maya, is convinced that leprechauns exist. In fact, she tells Frankie that there's a leprechaun living in her backyard! So Frankie decides to build her biggest invention yet: a leprechaun trap! And since her trap will be foolproof, it makes sense that the only reason she doesn't catch them is because those magical creatures are just make-believe. But after a few clues, Frankie begins to have her doubts. Will Frankie and Maya discover this lucky charm is real?

Frankie Sparks and the Lucky Charm

This title is due for release on February 18, 2020
We'll send you an email as soon as it is available!