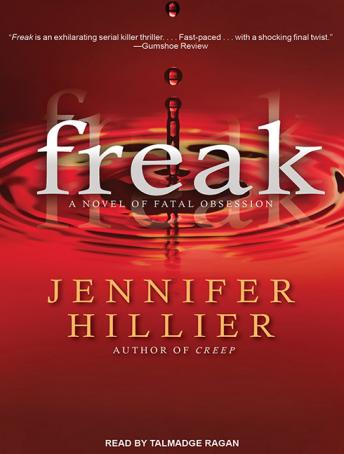 Inside a maximum-security prison cell, Abby Maddox is serving twenty years for slashing Seattle PD officer Jerry Isaac's throat during the harrowing capture of her former lover, serial killer Ethan Wolfe. To the demented fans, lunatics, and creeps on the outside, she is a celebrity. But to Jerry, now a private investigator whose scarred neck and tortured speech are daily reminders of Abby's vicious attack, she alone may be the key to solving a new wave of murders. Because this killer has been sending her love letters, and carving a message on the victims' bodies: Free Abby Maddox.

With the help of intuitive criminology student Danny Mercy, Puget Sound State professor Sheila Tao, and seasoned detective Mike Torrance, Jerry must coax the shattering truth from isolated, dangerous Abby-before her number one fan takes another life in the name of a killer's perverted idea of justice.

This book keeps you interested and not want to stop listening!

This title is due for release on July 8, 2013
We'll send you an email as soon as it is available!