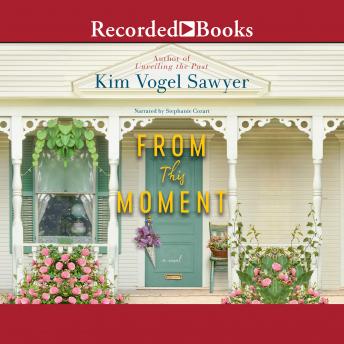 How Long Will They Allow the Past to Steal Their Future?

As someone who spent his entire childhood adrift in the foster-care system, Jase Edgar always dreamed of one day putting down roots and starting his own
family. But when his fiancée is killed in a tragic accident, his plans and sense of purpose are shattered. An opportunity to serve as a youth pastor in Kansas might
be his chance for a fresh start, but he can’t seem to set aside his doubts long enough to fully embrace his new life. After all, how can a God who’s supposed to
be good allow such terrible things to happen?

Lori Fowler is battling her own challenges. Due to a strained relationship with her father and a hidden eating disorder, she’s never been sure she is worthy of
love. She conceals her insecurities beneath her spunky personality, and even her best friend, Kenzie Stetler, a former Amish woman living apart from her family in
the English world, doesn’t realize how desperate Lori is for change.

When a donation to Kenzie’s weaving project leads to a puzzling mystery, the lives of these three people will intersect in ways no one ever expected. The
journey will require courage … if they ever hope to release the past and move forward into a joyful future.

This title is due for release on February 23, 2021
We'll send you an email as soon as it is available!