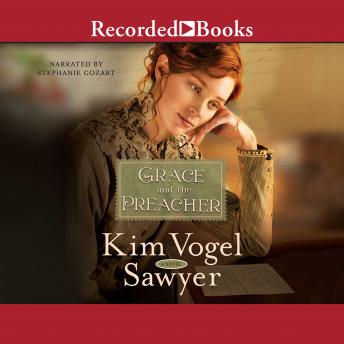 Grace and the Preacher

Mistaken identity leads to romance, laughter, and second chances in this inspirational historical romance. The Kansas community of Fairland anticipates the arrival of their new minister. Over the past several months, late in 1882, postmistress Grace Cristler has communicated with Reverend Dille via letters, answering his questions about the little town and its members, and developing an affection for the man who pens thoughtful missives. Theophil Garrison grew up under the loving influence of his saintly grandmother, but when Theo's older cousins make plans to rob a train and involve him in the heist, he flees the scene. While the cousins are on the run and out to avenge Theo's duplicity, he comes across a fatally ill traveler-a minister. Seeing a way to evade his troubles, Theo trades identities with the man, dons his fine black suit, carries a Bible, and prays that he'll be accepted as Rufus Dille. In a short time 'ministering' in Fairland, Theo finds himself falling for Grace, stumbling through sermons, but becoming enmeshed in the triumphs and trials of the people in the community. When Theo's true identity is uncovered, what will be left of the wonderful world he has built for himself, Grace, and those in the town who have come to love and accept him?

This title is due for release on March 21, 2017
We'll send you an email as soon as it is available!