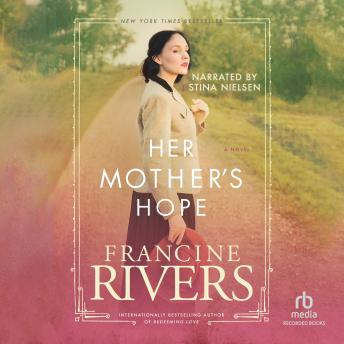 Near the turn of the twentieth century, fiery Marta Schneider leaves Switzerland for a better life, determined
to fulfill her mother’s hope. Her formative journey takes her through Europe and eventually to Canada, where she
meets handsome Niclas Waltert. But nothing has prepared her for the sacrifices she must make for marriage and
motherhood as she travels to the Canadian wilderness and then to the dusty Central Valley of California to raise her
family. Marta’s hope is to give her children a better life, but experience has taught her that only the strong survive.
Her tough love is often misunderstood, especially by her oldest daughter, Hildemara Rose, who craves her mother’s
acceptance. Amid the drama of World War II, Hildie falls in love and begins a family of her own. But unexpected
and tragic events force mother and daughter to face their own shortcomings and the ever-widening chasm that
threatens to separate them forever.

Spanning from the early 1900s to the 1950s, Her Mother’s Hope is the first part of a gripping and lyrical saga
about family and faith, dreams and disappointments, and the depths of grace and forgiveness in one of life’s fiercest
bonds—the love between mother and daughter.

Great book and the narrator did a good job also.

This is a great book that I highly recommend listening to. The narrator is pretty good and the story is excellent. It is a great story of perseverance and it also shows how traumas can shape us into who we are in life.

The story was good; however, I didn't like the ending.

I enjoyed this book way more than I imagined. This book is real life. I was happy, sad, angry, frustrated, and hooked throughout the entire ride.

This book was good about family coming to the US and growing a business. Learning how to survive.

I loved the book and the reader had a great voice. I was never board

This was an interesting listen; however the story and narration were only “okay” in my eyes. Several of the characters, although very good people, kept making very poor decisions that impacted the families Lon term. It was not a rewarding book.

Brought tear to my eyes. Could have been written about my own mother. I am a fan of Ms Rivers

Great story and each character fully developed. Francine Rivers paints the picture with her words.

Another great book by Francine rivers. I can't wait to read/listen to the next one!

Great book! Can't wait to listen to the next one, I love her books.

Incredible story. Love all the details. Can't wait to read the second part!

This title is due for release on April 9, 2010
We'll send you an email as soon as it is available!