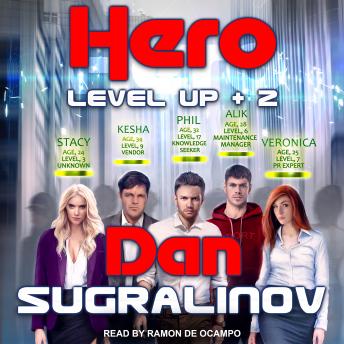 A lazy and wussy ex-gamer, Phil becomes one of the few humans who receive a mysterious alien piece of wetware which allows them to see the world through an augmented-reality interface very similar to those used in a MMORPG game. Guided by its stats and messages, Phil begins to level up, gradually transforming himself and his life. He even opens his own business in order to help his friends and complete strangers who acquire a newfound respect for him, assisting him in his travails. As Phil continues on the road to self-improvement, guided by his own conscience rather than system messages, he tries to find out more about the mysterious third party which has bestowed such superhuman abilities upon him.

This title is due for release on March 26, 2019
We'll send you an email as soon as it is available!