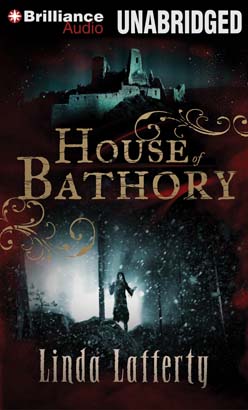 In the early 1600s, Elizabeth Báthory, the infamous Blood Countess, ruled Čachtice Castle in the hinterlands of Slovakia. During bizarre nightly rites, she tortured and killed the young women she had taken on as servants. A devil, a demon, the terror of Royal Hungary—she bathed in their blood to preserve her own youth.

400 years later, echoes of the Countess’s legendary brutality reach Aspen, Colorado. Betsy Path, a psychoanalyst of uncommon intuition, has a breakthrough with sullen teenager Daisy Hart. Together, they are haunted by the past, as they struggle to understand its imprint upon the present. Betsy and her troubled but perceptive patient learn the truth: the curse of the House of Bathory lives still and has the power to do evil even now.

The story, brimming with palace intrigue, memorable characters intimately realized, and a wealth of evocative detail, travels back and forth between the familiar, modern world and a seventeenth-century Eastern Europe brought startlingly to life.

Inspired by the actual crimes of Elizabeth Báthory, The House of Bathory is another thrilling historical fiction from Linda Lafferty (The Bloodletter’s Daughter and The Drowning Guard). The novel carries readers along with suspense and the sweep of historical events both repellent and fascinating.

This title is due for release on January 14, 2014
We'll send you an email as soon as it is available!