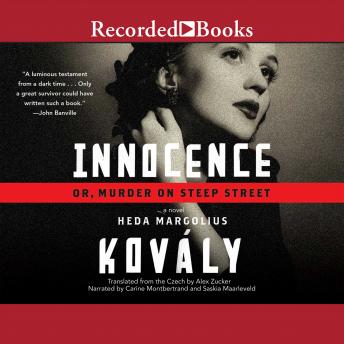 Famed Holocaust memoirist Heda Margoulis KovAly (Under a Cruel Star) knits her own terrifying experiences in Soviet Prague into a powerful, Raymond Chandler-esque work of literary suspense. 1950s Prague is a city of numerous small terrors, of political tyranny, corruption and surveillance. There is no way of knowing whether one's neighbor is spying for the government, or what one's supposed friend will say under pressure to a State Security agent. A loyal Party member might be imprisoned or executed as quickly as a traitor; innocence means nothing for a person caught in a government trap. But there are larger terrors, too. When a little boy is murdered at the cinema where his aunt works, the ensuing investigation sheds a little too much light on the personal lives of the cinema's female ushers, each of whom is hiding a dark secret of her own. Nearly lost to censorship, this rediscovered gem of Czech literature depicts a chilling moment in history, redolent with the stifling atmosphere of political and personal oppression of the early days of Communist Czechoslovakia.

This title is due for release on June 2, 2015
We'll send you an email as soon as it is available!