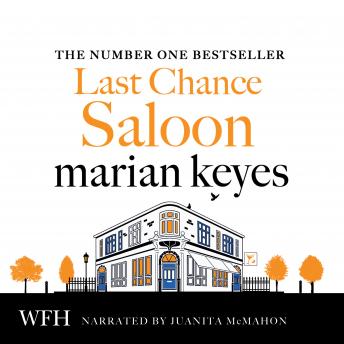 'Love is blind, there was no doubt about it. In Tara's case it was also deaf, dumb, dyslexic, had a bad hip and the beginnings of Alzheimer's . . .'

Tara, Katherine and Fintan have been best friends since they were teenagers. Now in their early thirties, they've been living it up in London for ten years. But what have they to show for a decade of hedonism? Sure, Tara's got a boyfriend - but only because she's terrified of spending five minutes alone. Katherine, on the other hand, has a neatness fetish that won't let anyone too close to mess up her life. And Fintan? Well, he has everything. Until he learns that without your health, you've got nothing . . .

All three are drinking in the last chance saloon and they're about to discover that if you don't change your life, life has a way of changing you . . .

'Plenty of heart, lots of laughs, and a fantastic twist in the tail' Cosmopolitan.

This title is due for release on February 1, 2008
We'll send you an email as soon as it is available!