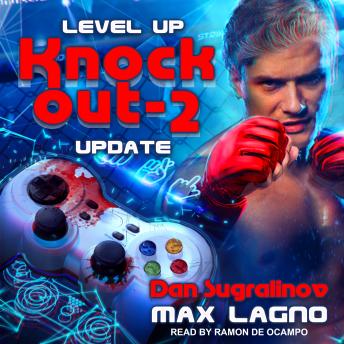 Having lost the Trial, Hagen didn't just lose his interface and his memory of it, but also everything he'd achieved. His UFC career was ruined before it even began. Stripped of all his skills and abilities, Mike is once again a useless weakling. The last straw is the loss of all the money that he'd bet on his own victory.

But you do remember, don't you, that Phil Panfilov promised to take care of his old comrade from Pibellau?

What can Mike achieve with a non-combat version of Phil's augmented reality interface? He could, of course, become a businessman or found a gaming startup, but where would he find the money and investors he needs?

It looks like he might have to start fighting again. However, this time there're no prison guards to maintain order and make sure that rules are obeyed. Once out of prison, Hagen is fair game for anyone who wants to kill him. Once again he has to survive on his own.

This title is due for release on September 29, 2020
We'll send you an email as soon as it is available!