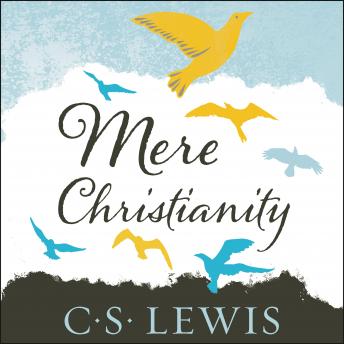 I would love to have heard this in the author's voice. I have heard how he has such a down to earth way about his speech. The content was very fulfilling.

A timeless book that gives insight into what Christianity is. Very well written, easy to understand, and powerful. This book will strengthen the faith of Christians from all denominations.

Clearly written explanations of the heart of Christianity. Such simple examples that a child could follow along. I love his tone, like a kind professor who not only has a complete grasp of heady information, but also knows how to play and have fun.

A wonderful book for a atheist or Christian to better understand the Christian faith.

C.S. Lewis lays out in a logical and realistic manner, the matter of the beliefs and values of Christians. An excellent read for believers and non-believers alike.

A wonderfully conceived explanation of the foundations of christianity from a layman' point of view. Recommend listening every six months to refresh your faith.

This title is due for release on May 13, 2014
We'll send you an email as soon as it is available!