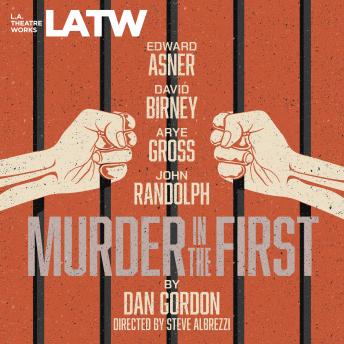 Murder in the First

This moving courtroom drama is based on a true incident that exposed the shocking conditions at Alcatraz. The tale begins when 18-year old Willie Moore makes the biggest mistake of his life. Now all he wants is a chance to talk baseball before he dies.

Recorded at the DoubleTree Guest Suites, Santa Monica, in 1995.

This title is due for release on February 15, 2021
We'll send you an email as soon as it is available!