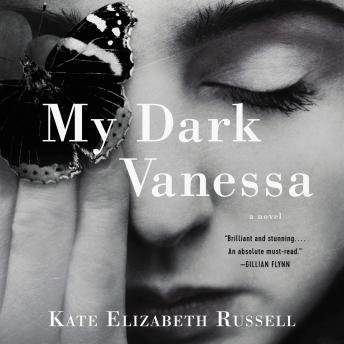 My Dark Vanessa: A Novel

“Brilliant and stunning . . . an absolute must read.” – GILLIAN FLYNN

ONE OF THE MOST BUZZED ABOUT DEBUTS IN YEARS

AN INTERNATIONAL SENSATION SOLD IN 24 TERRITORIES AND COUNTING

Exploring the psychological dynamics of the relationship between a precocious yet naïve teenage girl and her magnetic and manipulative teacher, a brilliant, all-consuming read that marks the explosive debut of an extraordinary new writer.

2017. Amid the rising wave of allegations against powerful men, a reckoning is coming due. Strane has been accused of sexual abuse by a former student, who reaches out to Vanessa, and now Vanessa suddenly finds herself facing an impossible choice: remain silent, firm in the belief that her teenage self willingly engaged in this relationship, or redefine herself and the events of her past. But how can Vanessa reject her first love, the man who fundamentally transformed her and has been a persistent presence in her life? Is it possible that the man she loved as a teenager—and who professed to worship only her—may be far different from what she has always believed?

Alternating between Vanessa’s present and her past, My Dark Vanessa juxtaposes memory and trauma with the breathless excitement of a teenage girl discovering the power her own body can wield. Thought-provoking and impossible to put down, this is a masterful portrayal of troubled adolescence and its repercussions that raises vital questions about agency, consent, complicity, and victimhood. Written with the haunting intimacy of The Girls and the creeping intensity of Room, My Dark Vanessa is an era-defining novel that brilliantly captures and reflects the shifting cultural mores transforming our relationships and society itself.

This audiobook includes an episode of the Book Club Girl Podcast, featuring an interview with Kate Elizabeth Russell about My Dark Vanessa.

So disappointed in the hype over this book. I could not finish it. In no way am I downplaying a sensitive topic because I know these things do happen and can cause damage emotionally/mentally/physically. So much more trauma comes with a situation like this one. I just felt it was repetitive. Also, Mr. Strane pictured in my mind was a pervy old man. I think if I actually read the book, I might have liked it better. The monotone voice just dragged on and I get it, Vanessa had a lot of trauma that came with her “relationship” with Mr. Strane.

I loved this book! It was not at all what I was expecting before going into it. But it ended up being so much more. The narrator did an awesome job at channeling Vanessa and making you believe you were right there in her life, in her world, in her mind. Thank you for this read.

A book that hits so closely to home. I read and I cried. The narration is absolutely beautiful as well.

All over, a thought provoking and well written book, but I find I cannot listen to the narration for too long, as I find the tone and manner of the narrator’s voice depressing.

Sleazy. Made me cringe. The narrator's male voice was annoying at first but I kept listening to find out if...well just finish it. Good story though.

The book was very good, well written and interesting. The narrator was somewhat painful to listen to though

This was a very dark book. I identify with many of the feelings that I have overcome in my life. I felt the author enjoyed wallowing in the negativity instead of allowing the character to grow. At some point, in life or literature, you have to take responsibility, regardless of what happens ,and overcome. This author states she lived this character for years. Why? Why would you take years of your life to wallow in abuse without finding the way to redemption? Isn’t that what we all must find in our own way? Yes, life is hard ,but you chose to be a victim or an overcomer. If I’d known this was a book that dwells so much on victim hood I would not have allowed it in my life.

This book was very well written an the narrator does a great job bringing Vanessa to life. It is not an easy read/listen as the topic is tough but the author does a great job approaching the subject from different points of view. I highly recommend.

This book was well written. The author has the ability to blur the lines between seduction and predation. There were intense scenes as well as frustrating and infuriating moments but this book is quite relevant. I also thought it was but long but overall, I would recommend this book to anyone looking for a good read.

I really enjoyed this book. The material is dark. The narrator did an amazing job bringing the character to life. When I read the reviews, many people complained about the narrator’s depressing voice. Honestly, if her voice was any different it would not have matched the tone of the book.

The language is compelling and the voice of the main character is really strong... it sucks you into thinking like she does.

Good story about some terrible things that really happen to ordinary people.

Excellent listen. So sad there are people out there that actually do this to kids. Narrator did a great job and would definitely recommend this book

I loved this book. it had dark moments and was troubling to listen/read, but was so well done. The narration was so spot on and placed me in Vanessa's mind and made me hurt for her so much.

Snoozapalooza. I really hate that I used a credit for this book.

This book was just okay, I wouldn’t waste a credit if I knew how it was. Just listening to The narrator puts you in almost a depressed mood. I understand that’s how she is supposed to sound, a dark, depressing, abused woman, so, she did a great job of doing that. The story just lacked Interest for me. I did listen to the whole thing and wanted to keep listening to find out what’s next, but after it was over I was just like eh. Vanessa made some questionable decisions in the book that I felt didn’t do the story any justice.

Had some interesting points

Narration was amazing—very well-written. A definite heart-wrenching read, but I couldn’t put it down.

I couldn’t put this book down. The narrator did a great job. I just felt sorry for Vanessa on how it messed her up for others.

This books is disturbing to read because Vanessa is so willing to take all blame for what has happened to her, but I couldn’t stop reading it.

While this novel is wonderfully written and it’s an easy read for a collection of long walks, I found it too triggering. The flashbacks of the abuser and the abused are well done because it’s from the perspective of a 15-year-old girl who is being seduced by a grown man, but because she is romanticizing it, the narration is actually rather hard to listen to.

An excellent read, albeit a difficult subject matter. I couldn't stop listening. More so than anything else I've read, this book brings home just how damaging child sexual abuse is and how long term the repercussions are.

This title is due for release on March 10, 2020
We'll send you an email as soon as it is available!