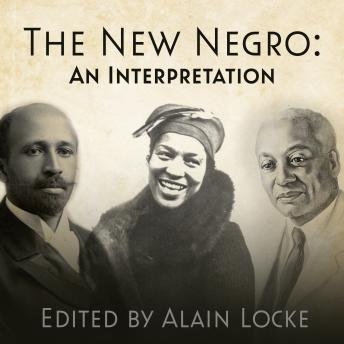 The New Negro: An Interpretation

This anthology edited by the American writer, philosopher, and patron of the arts Alain Locke brings together some of the most influential pieces of African American works from the late nineteenth and early twentieth centuries. Featuring the voices of Zora Neale Thurston, W. E. B. Du Bois, and Langston Hughes, Locke included commentary on the emergence of the New Negro Movement, also known as the Harlem Renaissance. The New Negro is considered to be the definitive text on the movement.

This title is due for release on December 14, 2021
We'll send you an email as soon as it is available!