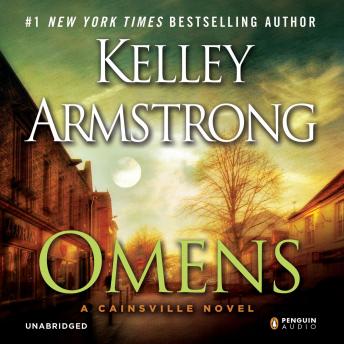 #1 of The Cainsville Series

Twenty-four-year-old Olivia Taylor Jones has the perfect life. The only daughter of a wealthy, prominent Chicago family, she has an Ivy League education, pursues volunteerism and philanthropy, and is engaged to a handsome young tech firm CEO with political ambitions.

But Olivia’s world is shattered when she learns that she’s adopted. Her real parents? Todd and Pamela Larsen, notorious serial killers serving a life sentence. When the news brings a maelstrom of unwanted publicity to her adopted family and fiancé, Olivia decides to find out the truth about the Larsens.

Olivia ends up in the small town of Cainsville, Illinois, an old and cloistered community that takes a particular interest in both Olivia and her efforts to uncover her birth parents’ past.

Aided by her mother’s former lawyer, Gabriel Walsh, Olivia focuses on the Larsens’ last crime, the one her birth mother swears will prove their innocence. But as she and Gabriel start investigating the case, Olivia finds herself drawing on abilities that have remained hidden since her childhood, gifts that make her both a valuable addition to Cainsville and deeply vulnerable to unknown enemies. Because there are darker secrets behind her new home and powers lurking in the shadows that have their own plans for her.

I really enjoyed this novel, which is the first in the Cainsville -Olivia Taylor Jones series. It is different but in a good way. I liked how it started off as a somewhat normal tale of a young women who is leading a charmed life. Then suddenly, it takes off and just keeps going. What I like the most is you don't get all the answers in a neat ,tidy package. It's a long winding road to understand Cainsville and all it's wonderfully, entertaining secrets. Very happy to have found this series, looking forward to the book #2.

This title is due for release on August 20, 2013
We'll send you an email as soon as it is available!