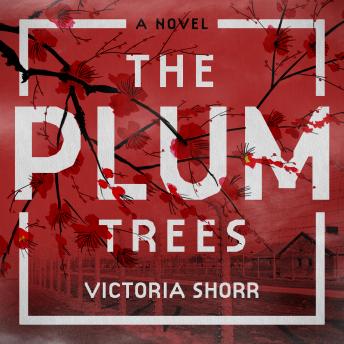 The Plum Trees: A Novel

A poignant tale about one woman's quest to recover her family's history, and a story of loss and survival during the Holocaust.

Consie is home for a funeral when she stumbles upon a family letter sent from Germany in 1945, which contains staggering news: Consie's great-uncle Hermann, who was transported to Auschwitz with his wife and three daughters, might have escaped. This seems improbable to Consie. Did people escape from Auschwitz? Could her great-uncle have been among them? What happened to Hermann? Did anyone know? These questions are at the root of Consie's excavation of her family's history as she seeks, seventy years after the liberation of Auschwitz, to discover what happened to Hermann.

The Plum Trees follows Consie as she draws on oral testimonies, historical records, and more to construct a visceral account of the lives of Hermann, his wife, and their daughters from the happy days in prewar Czechoslovakia through their internment in Auschwitz and the end of World War II. The Plum Trees is a powerful, intimate reckoning with the past.

I had a hard time getting going into the book, also found the narrator dull. But then I really got into it, and even appreciated the narrator's tone, seemed appropriate and matched to the deeply poignant and terrible Holocaust experience that was told with such humanity and detail. I learned and felt alot, recommend the book.

I believe I would have liked this book except I couldn’t get past the Narrator. No emotion. Very dry. I’m going to attempt to keep listening and will update if I’m able to get through anymore. Just a personal opinion.

This title is due for release on April 20, 2021
We'll send you an email as soon as it is available!