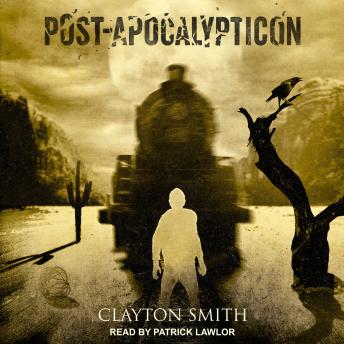 Ben Fogelvee isn't having his best apocalypse. His madcap last-hurrah road trip from Chicago to Disney World ended in disaster; he lost his best friend, and he's spent the three years since weighed down by ghosts and haunted by tragedy.

He's found a shred of purpose back on Horace's train, riding the rails and teaching new Red Caps how to protect the dwindling freight. When the train is beset by bandits who steal a particularly precious piece of cargo, Ben heads out into the high desert of the Colorado-Utah borderlands on a post-apocalyptic mission to get back what he's lost. He's not alone, though . . . he has the memory of Patrick Deen to guide him at every turn-for better or for worse. With a desert full of snakes and cults and messengers and cliff-dwellers and all manner of after-doomsday weirdness ahead of him, plus a sinister blonde woman thundering dangerously along his trail, hunting him for reasons he can't possibly fathom, Ben is going to need all the guidance he can get.

But when he learns the real reason for the train robbery-and of the mysterious doctor who controls the bandits and performs gruesome experiments on M-Day survivors in his remote lab, protected by an army of dusters-well . . . this might be one adventure he can't machete his way out of.

Love these characters, teacher is like many teachers I've met. Narrator is excellent for this particular book. More please.

Fantastic follow up to the original. Rounds out the story nice leaving you with a itch for more just a little more.

This title is due for release on August 6, 2019
We'll send you an email as soon as it is available!