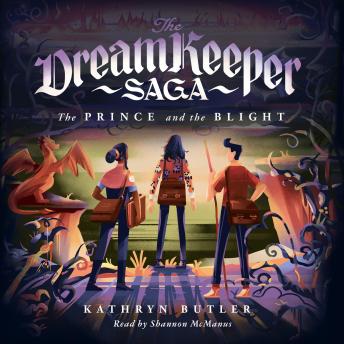 The Prince and the Blight

It’s been a month since 12-year-old Lily McKinley was whisked away to the Somnium Realm to rescue her father, and although she’s overjoyed to have him home, she can’t leave the magical world behind. The glowing stone pendant that transported her is now bringing strange creatures to life against her will, with her paper mâché pterodactyl and even scrambled eggs suddenly moving about on their own. Lily tries to pretend that everything is normal, but when her friend Cedric the dragon appears to tell her that an illness has taken over the kingdom, troubling questions haunt her. Where is Prince Pax? If he can save the Somnium Realm like he did before, why won’t he stop the blight? Lily and her friends must return to Castle Iridyll to find out.

In this sequel to The Dragon and the Stone, Kathryn Butler takes middle school readers on an unforgettable adventure that mixes fantasy with biblical concepts. As young readers join Lily's exciting quest, they'll explore what it means to trust in God's faithfulness, even when he feels distant.

This title is due for release on August 2, 2022
We'll send you an email as soon as it is available!