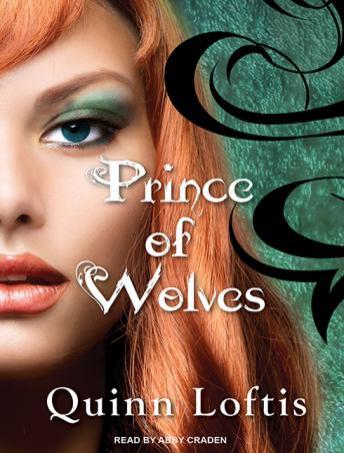 Jacque Pierce was just an ordinary seventeen-year-old girl getting ready to start her senior year of high school in Coldspring, Texas. When a mysterious foreign exchange student from Romania moves in across the street, Jacque and her two best friends Sally and Jen don't realize the last two weeks of their summer are going to get a lot more interesting. From the moment Jacque sets eyes on Fane she feels an instant connection, a pull like a moth to a flame. Little does she know that the flame she is drawn to is actually a Canis Lupus, werewolf, and she just happens to be his mate, the other half of his soul.

The problem is, Fane is not the only wolf in Coldspring, Texas. Just as Fane and Jacque are getting to know each other, another wolf steps out to try and claim Jacque as his mate. Fane will now have to fight for the right to complete the mating bond, something that is his right by birth but is being denied him by a crazed Alpha. Will the love Fane has for Jacque be enough to give him the strength to defeat his enemy, and will Jacque accept that she is Fane's mate and complete the bond between them?

Sweet story, but had a little too much childish behavior for my taste. The narrator used the wrong voice a couple of times as well which was a little confusing.

I really enjoyed the story. I am on the fence about Jen's character sometimes haha Good narration.

wow... i freaking loved this twist on a shifter romance. it was sweet, funny and heartbreaking all at the same time. i love the friendship between the 3 girls... they are amazing together and kept the seriousness of the drama light with amazing punch lines.

Love this book . Have read the paperback , but found the story come alive in audio version . I found the only draw back was the reader , found a bit of a boring voice . Love a good romantic story with a supernatural twist .

great book, but why is the voice so.. idk, unfitting ?

I love this entire series. I've read all the books about 5 times. Now I get to listen to it!!!:) I love it! But I don't really like the voices, but that could be because I've read it so many times and came up with my own voices for everyone.

This title is due for release on April 15, 2013
We'll send you an email as soon as it is available!