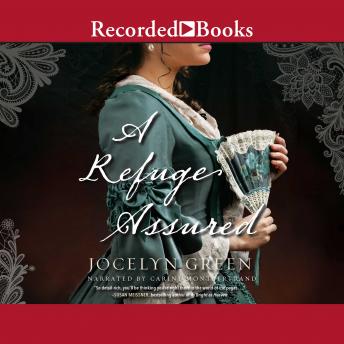 Vivienne Rivard fled revolutionary France and seeks a new life for herself and a boy in her care, who some say is the Dauphin. But America is far from safe, as militiaman Liam Delaney knows. He proudly served in the American Revolution but is less sure of his role in the Whiskey Rebellion. Drawn together, will Liam and Vivienne find the peace they long for? Lacemaker Vivienne Rivard never imagined her craft could threaten her life. Yet in revolutionary France, it is a death sentence when the nobility, and those associated with them, are forced to the guillotine. Vivienne flees to Philadelphia but finds the same dangers lurking in the French Quarter, as revolutionary sympathizers threaten the life of a young boy left in her care, who some suspect to be the Dauphin. Can the French settlement, Azilum, offer permanent refuge? Militiaman Liam Delaney proudly served in the American Revolution, but now that the new government has imposed an oppressive tax that impacts his family, he barely recognizes the democracy he fought for. He wants only to cultivate the land of his hard-won farm near Azilum, but soon finds himself drawn into the escalating tension of the Whiskey Rebellion. When he meets a beautiful young Frenchwoman recently arrived from Paris, they will be drawn together in surprising ways to fight for the peace and safety for which they long.

This title is due for release on February 6, 2018
We'll send you an email as soon as it is available!