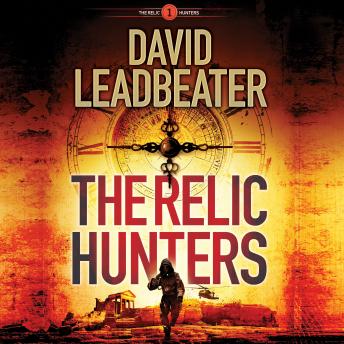 #1 of The Relic Hunters Series

A lethal secret society. A priceless stolen treasure. A map worth killing for.

Relic smuggler and expert thief Guy Bodie is a tough man in a dangerous world, loyal only to his elite team of five. But when one of them betrays him, landing Guy in a hellish Mexican prison, he finds himself making a bargain with the most unlikely new ally: the CIA.

There is a catch. In return for being released from jail, Guy must work for the CIA, helping them solve the most audacious heist in history. As Guy knows, six of the Seven Wonders of the World have long been lost. But with the help of the CIA, he learns that the destroyed Statue of Zeus still exists—and it’s in the hands of a powerful secret society.

A prize worth killing for is also worth dying for, and this one has left a trail of bloodshed that goes back centuries. Can Guy and his new team—a group of renegades chosen for their unique skills—hunt down the legendary relic once and for all…before they are added to its list of victims?

This title is due for release on June 21, 2018
We'll send you an email as soon as it is available!