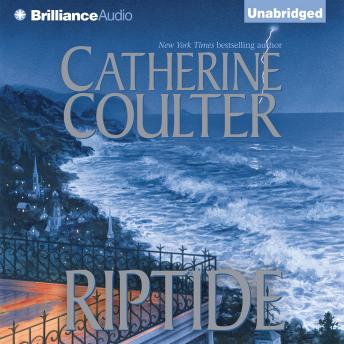 #5 of An FBI Thriller

A senior speechwriter for the governor of New York, Becca Matlock is at the top of her professional game when she receives a disturbing phone call that threatens everything: “Stop sleeping with the governor or I’ll kill him.” The thing is, she’s not sleeping with her boss, but that fact doesn’t stop the calls from the man who refers to himself as her “boyfriend.”

When her stalker murders an innocent in New York City and the governor is shot in the neck, Becca comes under suspicion and takes off for the sanctuary of Riptide, an isolated community on the coast of Maine. But she soon finds herself at even greater risk...

FBI special agents Savich and Sherlock are in Riptide to help out an old friend of Savich’s father, and soon become embroiled in Becca’s deadly situation. But as enemies new and old circle closer, time is running out for them all.

Great story, just not my favorite in the series.

This title is due for release on October 25, 2005
We'll send you an email as soon as it is available!