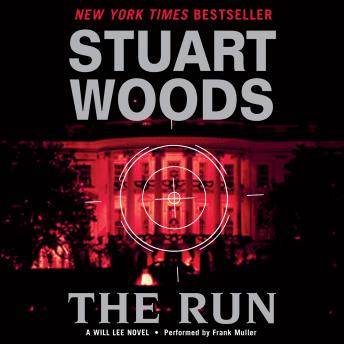 Will Lee, the hero of the acclaimed New York Times bestsellers Run Before the Wind and Grassroots, has finally established himself at the heart of American government as the respected Senator from his home state of Georgia.

The road to the White House, however, will be more treacherous - and deadly - than Will and his wife, Kate, an associate director in the Central Intelligence Agency, can imagine. A decent, courageous, and principled man, Will soon learns he has more than one opponent with whom he must contend. Thrust into the national spotlight as never before, he becomes the target of clandestine forces from the past who will use all their money and influence to stop him - dead - in his tracks. Now Will isn't just running for president...he's running for his life.

Filled with all the suspense and roller coaster plot twists that have become Stuart Wood's trademark, The Run is this master storyteller at his best.

not one of my favorites...narration was a little creepy.

This title is due for release on September 18, 2007
We'll send you an email as soon as it is available!