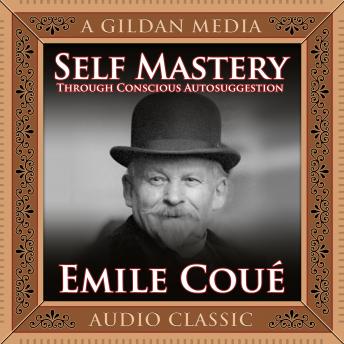 Self Mastery Through Conscious Autosuggestion

Originally published in 1922, Self Mastery Through Conscious Autosuggestion caused a stir throughout the scientific and religious communities. Émile Coue's assertions that the repetition of certain phrases, or mantras, can have a positive effect on the health and happiness of an individual challenged the existing reliance on chemicals and clergy.
However, his theories, which are laid out in straightforward detail in his work, were solidly based on his firsthand experiences with patients, including such stalwart methods as conditioning therapy and the placebo effect. Often invited to lecture on the subject, he finally was motivated to commit it to writing by his desire to help people help themselves.

Foolish concepts. Not based in reality.

This title is due for release on May 1, 2014
We'll send you an email as soon as it is available!