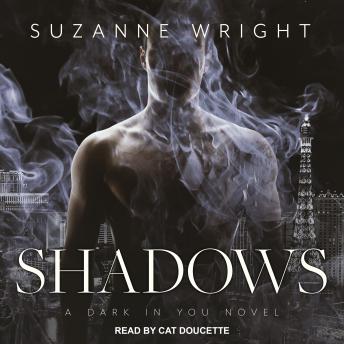 A match made in hell?

Devon and Tanner fight like . . . well, cats and dogs. Which makes sense since hellcats and hellhounds aren't exactly a match made in heaven. Unfortunately, their demons' antipathy towards each other is matched only by the red-hot sexual tension between Tanner and Devon. It's driving them-and their long-suffering friends Harper and Knox-mad.

When Devon is nearly kidnapped, Tanner's protective instincts kick into overdrive-he's sticking by her side, day and night. But staying so close means their hunger can no longer be denied . . . They know their demons won't accept the match, but after one red-hot night they'll fight to stay together as long as they can, even though shadows are gathering around them. Devon's would-be kidnapper is still on the loose, a serial killer carrying rage from a twisted past threatens the lair and, most of all, Tanner and Devon are losing themselves to the heat between them. When this relationship goes up in flames, it could be a blaze that neither of them can walk away from . . .

overall a fun read. I love the cast of interesting characters. Although you could read this book on it's own it is best if you start at the beginning of the series since it does have other characters and background information that makes it easier to follow.

This title is due for release on July 30, 2019
We'll send you an email as soon as it is available!