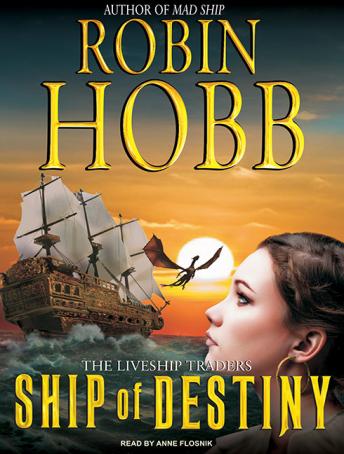 As Bingtown slides toward disaster, clan matriarch Ronica Vestrit, branded a traitor, searches for a way to bring the city's inhabitants together against the Chalcedean threat. Meanwhile, Althea Vestrit, unaware of what has befallen Bingtown and her family, continues her perilous quest to track down and recover her liveship Vivacia from the ruthless pirate Kennit.

Bold though it is, her scheme may be in vain. For her beloved Vivacia will face the most terrible confrontation of all as the secret of the liveships is revealed. It is a truth so shattering, it may destroy Vivacia and all who love her, including the boy-priest Wintrow Vestrit, whose life already hangs in the balance.

A good story with interesting characters.

I love this book and the author !!

Another great wrap up to a Robin Hobb story. Keep them coming.

I loved the live ship traders trilogy. I fell in love with the two main characters. I sobbed at the end of this book. So good.

This title is due for release on August 31, 2010
We'll send you an email as soon as it is available!