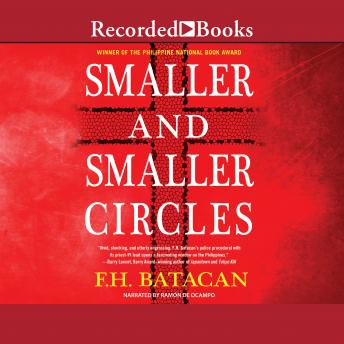 This harrowing mystery, winner of the Philippine National Book Award, follows two Catholic priests on the hunt through Manila for a brutal serial killer Payatas, a 50-acre dump northeast of Manila's Quezon City, is home to thousands of people who live off of what they can scavenge there. It is one of the poorest neighborhoods in a city whose law enforcement is already stretched thin, devoid of forensic resources and rife with corruption. So when the eviscerated bodies of preteen boys begin to appear in the dump heaps, there is no one to seek justice on their behalf. In the rainy summer of 1997, two Jesuit priests take the matter of protecting their flock into their own hands. Father Gus Saenz is a respected forensic anthropologist, one of the few in the Philippines, and has been tapped by the Director of the National Bureau of Investigations as a backup for police efforts. Together with his protege, Father Jerome Lucero, a psychologist, Saenz dedicates himself to tracking down the monster preying on these impoverished boys. Smaller and Smaller Circles, widely regarded as the first Filipino crime novel, is a poetic masterpiece of literary noir, a sensitive depiction of a time and place, and a fascinating story about the Catholic Church and its place in its devotees' lives

This title is due for release on August 18, 2015
We'll send you an email as soon as it is available!