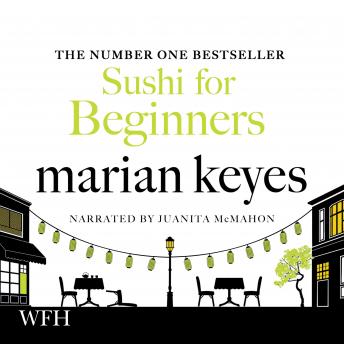 'Dammit,' she realized. 'I think I'm having a nervous breakdown.'

Lisa Edwards' career as a hot-shot magazine editor is destined for high-rise New York, when suddenly she's blown off-course into the delights of low-rise Dublin. But what on earth can she do about it? Ashling Kennedy, Lisa's super-organized assistant, is good at worrying. Too good. She's even terrified of a little bit of raw fish . . .Clodagh Kelly is Ashling's best friend and has done everything right: beautiful kids and a husband come prince - everything in fact that Ashling has ever wanted. She should be happy. But she isn't.

Three women on the verge of happiness and even closer to a complete breakdown . . .Which way will they fall?
Totally addictive.' Sunday Express

'Keyes has given romantic comedy a much-needed face-lift. Chatty and warmhearted, Keyes's talent is to tell it how it is' Independent

'The voice of a generation' Daily Mirror

Loved it! Funny and enjoyable. Okay, even the twists weren’t surprising, but still really good! The narrator was great.

The narrator made this almost unlistenable. Her accents were abysmal. Everything time she voiced one of the Irish characters, her accent was that of some inbred, ignorant yokel. Really awful and borderline racist. The worse narrator has have ever had the misfortune of having to listen to.

This title is due for release on August 1, 2012
We'll send you an email as soon as it is available!