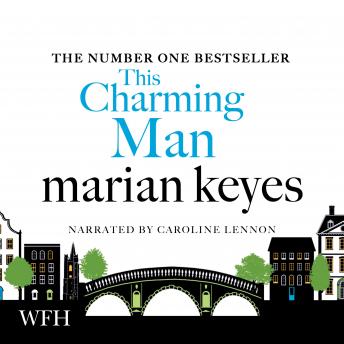 'Everybody remembers where they were the day they heard that Paddy de Courcy was getting married.'

Slick, handsome politician Paddy de Courcy is on the up. His party is set to do well in the elections and he's just announced his engagement to the beautiful Alicia. Which is news to his girlfriend, Lola, who, within hours, finds herself dumped and warned not to talk to the press. Yet journalist Grace is on the prowl. She has been after Paddy ever since he ruined her sister Marnie's life way back in college. Grace is looking for the inside story and thinks Lola holds the key . . .But do any of them know the real Paddy?
'So funny, so perceptive, so real . . . I changed my life for this book' Mail On Sunday

'Gripping from the start . . . the master at her best' Daily Telegraph.

This title is due for release on September 1, 2008
We'll send you an email as soon as it is available!