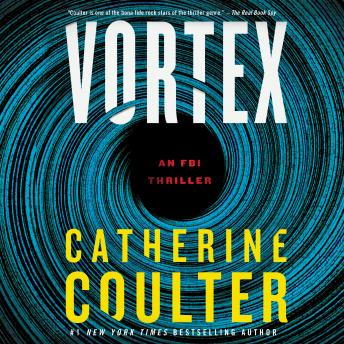 #1 New York Times bestselling Catherine Coulter returns with a brilliant new novel in her FBI thriller series, in which agents Sherlock and Savich find themselves dealing with very powerful figures from the past who could wreak havoc in the present.

Seven years ago, Mia Briscoe was at a college frat rave with her best friend, Serena, when a fire broke out. Everyone was accounted for except Serena, who was never seen nor heard from again. Now an investigative journalist covering the political scene in New York City, Mia discovers old photos taken the night of Serena’s disappearance and begins to uncover a sinister string of events going all the way back to that disastrous party. Working with Sherlock, the secrets begin to unravel. But some very powerful—and very dangerous—people will do anything to keep them from learning the truth.

CIA Operative Olivia Hildebrandt is a team leader on a mission in Iran to exfiltrate a betrayed undercover operative. She’s nearly killed by an exploding grenade and saved by a team member. But by the time Olivia is released from Walter Reed Hospital, that team member and a critical flash drive he was carrying have disappeared. When Olivia is attacked on her first night home, Savich suspects that the strike is a direct result of the compromised mission and the missing team member and flash drive. But what intelligence was at stake and who betrayed them?

I loved it the story and the narration was perfect

This title is due for release on August 10, 2021
We'll send you an email as soon as it is available!