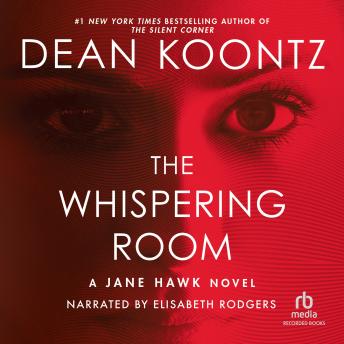 Jane Hawk-fiction's most relentless, resourceful, stunning new heroine-continues her battle against a murderous conspiracy in the riveting sequel to The Silent Corner. 'No time to delay. Do what you were born to do. Fame will be yours when you do this.' These are the words that ring in the mind of mild-mannered, beloved schoolteacher Cora Gundersun-just before she takes her own life, and many others', in a shocking act of carnage. When the disturbing contents of her secret journal are discovered, it seems certain that she must have been insane. But Jane Hawk knows better. In the wake of her husband's inexplicable suicide-and the equally mysterious deaths of scores of other exemplary individuals-Jane picks up the trail of a secret cabal of powerful players who think themselves above the law and beyond punishment. But the ruthless people bent on hijacking America's future for their own monstrous ends never banked on a highly trained FBI agent willing to go rogue-and become the nation's most wanted fugitive-in order to derail their insidious plans to gain absolute power with a terrifying technological breakthrough. Driven by love for her lost husband and by fear for the five-year-old son she has sent into hiding, Jane Hawk has become an unstoppable predator. Those she is hunting will have nowhere to run when her shadow falls across them.

I downloaded this as my free book for the month. I found the book quite a page turner which meant the ending was so disappointing. That is until I realised that this book was part of a series! So obvioulsy I had to download the others to find out the ending.

This was a good book. Kept my interest.

Welp, he's done it again. 2nd book in the series had me looking forward to the 3rd. Jane Hawk is resilient as they come. The angles may be a little of a reach at times, but this is fiction. All that said, I enjoyed it. Nearly finished with the 3rd book now.

Was a good book until the last 1/10. Very unsatisfying. Like it fizzled out just as it was reaching the climax. Too bad. Also, the story is read excruciatingly slowly. I had to put it at 1.4 speed.

Very good book. Kept me on the edge of my seat. Would seriously recommend this book.

I made the mistake of not checking into this book. I did not know it was a series. The book was so interesting that I went back to find the first one of this series and then the others. I really like the narrator! She can do the voices so well and she reads so fluently!!

It was not for me. Not like the Dean Koontz I read 10 years ago. It did not catch my interest. I did not even finish it.

Very good but I wanted more

He is famous as a writer for a reason. Greta book, the end was weak. Like he got tired of writing it, he could have done better. The narration was incredible.

This book was. cross between FBI and sci-fi. I don't like sci-fi. There was a lot of dialogue, you need active listening. Great book, kept me listening. Not my type of book but still appreciated it. Loved the female hero character.

I just read some of the other reviews having listened. It was good for about 4/5 - the end was just dull and sort of fizzled out.

I enjoyed the book, but . . . I wish there had been more information on how Luther's family members were ensnared. It seemed like an out of the blue addition that wasn't tied to the story well. I didn't like the ending. It was rushed and incomplete. Surely there's a better way for an author to transition to the sequel. With all that said, the book still rated four stars.

I enjoyed this reading. I can’t wait to listen to the first one and the ones that follow.

Not sure I listened to the same book as the other reviewers. The story, or should I say mini stories seemed piled on each other to make a full book. For me the story dragged

Suspenseful, scary.. keeps you on the edge of your seat

Imaginative and enthralling without being far fetched or unbelievable. Truly enjoyed this title and narration.

This story kept me wanting more. I was disappointed with the ending, but the narrator did a fabulous job.

Exciting and very well read, end a bit flat but pushing me to keep listening as I really want to find out how this story can reach a conclusion.

I haven’t finished the book yet but I’m over half way done, it’s so enthralling I can’t wait to see what happens

The basic story line was good but many parts were way too long. I could understand if the extra detail was needed later in the story, but that wasn't the case. I had a difficult time staying interested until the end.

Great book, great narration. We’ll written, I didn’t care for the ending though.

Suspenseful right up to the end.

A good listen but not a great listen. Grabbed my attention though.

Love to read series, and this one is awesome .... Great detail, characters ...

Really enjoyed this, the 2nd book of the series. I’m totally hooked!

Excellent story up to the usual Dean Koontz quality, never lets you down.

It is a good book and worth reading

I can’t wait to find the next book in the series...

2nd book in the series & quite enjoyable. I will definitely read the remaining 3 books. Koontz has away in making whats been written plausible & could actually happen, which in itself is even more frightening. Another good book from a great writer

Exciting, fun listen with a flat ending. You really have to commit to the whole series to become “whole”. These books don’t really stand alone as a complete story...so just a heads up. The 3 stars is based on one book alone. From other reviews, the conclusion is worth the journey if reading the full series. Not sure yet if I’m willing to commit.

I thoroughly enjoyed this series. Entertaining and quick paced

Kept my interest throughout and narration was great.

Interesting and scary concept. I liked the protagonist, mostly realistic NOT superhuman. The reader was pretty good, and kept me interested. The book kept me listening, but the ending kind of lost me; I got busy with other things and it did not pull me back.

It kept my attention but at times too slow and drawn out especially in the description of settings.

Enjoyed it all the way to the end where I was left cold...she just left you there with allot of unanswered questions...sigh.

Really good story, your kept guessing whilst being totally engaged with the characters.

Great book, I’m waiting for the continuation of this.., I know this can’t be the end... the mission is incomplete, she needs to find the 3rd person who is in this conspiracy.... she needs to resolve the problem and get the power back to the right hands and the people who have been programmed to follow Orders back to normal!!!

This book was a 5+++ until the end. The most shocking part of the whole book was when the narrator said, " The End". It was one of the most disappointing endings I've ever experienced.

Reader was excellent and story kept our interest. But the ending was nowhere near complete. Invested over 16 hours of listening time and the story was not “finished “. And should have purchased the abridged version

What a great story from start to finish. I find it enthralling and the narration was great too- plenty of character and variation. must listen.

I enjoyed listening to the story, however I was disappointed in the Inconclusive ending!

This title is due for release on November 21, 2017
We'll send you an email as soon as it is available!