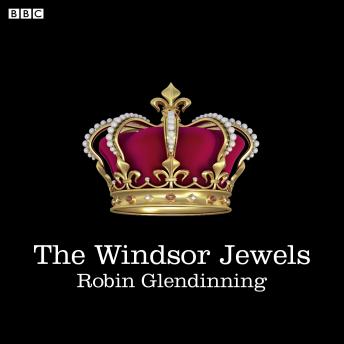 Robin Glendinning's BBC Radio 4 full-cast black comedy telling the story of a real mystery. Originally broadcast in the ‘Saturday Play’ slot on 11 July 2009. In 1946, the Duke of Windsor (formerly Edward VIII) and his wife (formerly Wallis Simpson) paid a visit to Britain, hoping to secure a government job for the Duke and a title for the Duchess. During the visit, the Duchess' jewels, worth millions, were stolen. Conspiracy theories abounded. Was it an inside job by the Royal Family, or even an insurance fraud by the Duke and Duchess? Starring Jon Glover as the Duke of Windsor, Christine Kavanagh as the Duchess of Windsor and Christian Rodska as Capstick. Also with Chris Yapp, Amy Clifton, Alan Moore, Paul Humpoletz, David Collins, Stephen Perring and Paul Mohan.

This title is due for release on December 1, 2010
We'll send you an email as soon as it is available!