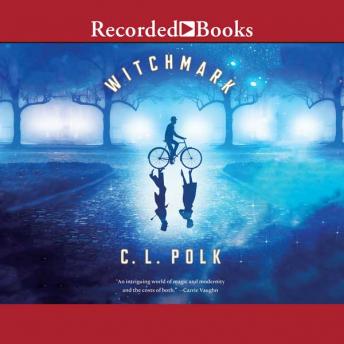 A stunning, addictive fantasy debut that combines intrigue, magic, betrayal, and romance in an original world with a historical WWI tone. In an original world reminiscent of Edwardian England in the shadow of a world war, cabals of noble families use their unique magical gifts to control the fates of nations, while one young man seeks only to live a life of his own. Moving at a brilliant pace and pulsing with deadly intrigue and unforgettable characters, Witchmark grabs readers and doesn't let go until the thrilling conclusion. Magic marked Miles Singer for suffering the day he was born, doomed either to be a slave to his family's interest or to be committed to a witches' asylum. He went to war to escape his destiny and came home a different man, but he couldn't leave his past behind. The war between Aeland and Laneer leaves men changed, strangers to their friends and family. Even after faking his own death and reinventing himself as a doctor at a cash-strapped veteran's hospital, Miles can't hide what he truly is.

Another excellent installment from C.L. Polk with great narration from Samuel Roukin, a little long winded getting to the heart of what the book is about.

i wasn't quite sure at the beginning of this read/listen, but by the end, i didn't Want it to end! sequel plz!

This title is due for release on June 19, 2018
We'll send you an email as soon as it is available!