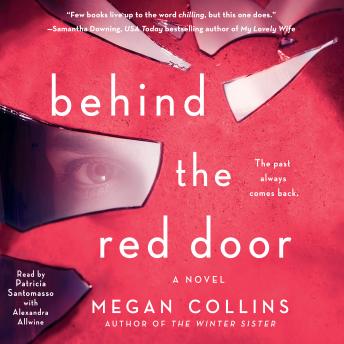 Behind the Red Door: A Novel

“A haunting thriller” (PopSugar) about a woman who believes that she has a connection to a decades old kidnapping and begins a frantic investigation to find out what really happened when the victim goes missing again.

When Fern Douglas sees the news about Astrid Sullivan, a thirty-four-year-old missing woman from Maine, she is positive that she knows her. Fern’s husband is sure it’s because of Astrid’s famous kidnapping—and equally famous return—twenty years ago, but Fern has no memory of that, even though it happened an hour outside her New Hampshire hometown. And when Astrid appears in Fern’s recurring nightmare, one in which a girl reaches out to her, pleading, Fern fears that it’s not a dream at all, but a memory.

Returning to her childhood home to help her father pack for a move, Fern purchases a copy of Astrid’s recently published memoir—which may have provoked her original kidnapper to abduct her again—and as she reads through its chapters and visits the people and places within it, she discovers more evidence that she has an unsettling connection to the missing woman. With the help of her psychologist father, Fern digs deeper, hoping to find evidence that her connection to Astrid can help the police locate her. But when Fern discovers more about her own past than she ever bargained for, the disturbing truth will change both of their lives forever in this “masterful meditation on fear” (Mindy Mejia, author of Strike Me Down).

This title is due for release on August 4, 2020
We'll send you an email as soon as it is available!