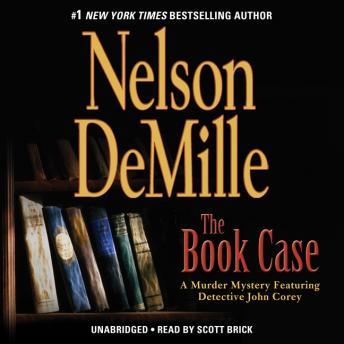 'The Book Case' is a story that features Nelson DeMille's most famous (successful) character, Detective John Corey, who has appeared in six DeMille novels: Plum Island, The Lion's Game, Night Fall, Wild Fire, and The Lion. In this story, we see John Corey in his early years as an NYPD Detective, before he became involved with the Federal Anti-Terrorist Task Force.'

Not my sort of book but very short and pretty boring. The narrator did what he could

I really enjoyed this book

It’s too short, too predictable— hardly long enough to be a novela.

A little predictable, I suppose, but I like the story. It's a short story, so there won't be any twists or turns. In fact, just saying that is kind of a spoiler. Sorry, in advance, but the murderer is exactly who you think it is. Get the story for Scott Brick. He's a great reader.

Scott Brick is amazing. This was a short story that I liked. We all know how it will end and are satisfied. The force is strong in John Corey. My favorite John Corey by this author is Nightfall. Recommend this fort all.

This title is due for release on November 1, 2011
We'll send you an email as soon as it is available!