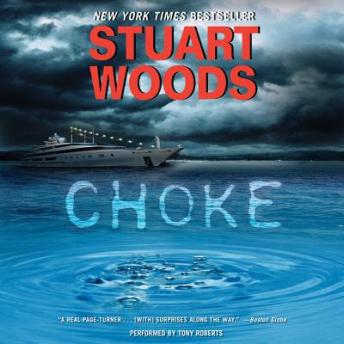 A standalone novel from Stuart Woods, the #1 New York Times bestselling author of the Stone Barrington and Holly Barker series...

Murder is not a spectator sport.

Chuck Chandler has choked on more than one occasion—first as a pro tennis player at Wimbledon, then as a womanizing coach at posh tennis clubs around the country. Now at Key West's Old Racquet Club, Chuck gets involved with the wrong married woman—the enticing Clare Carras, married to an enigmatic older man—and soon he is in way over his head.

Enter Tommy Sculley, a retired New York homicide detective who has just joined the Key West force, and his young green partner, Daryl Haynes, who turns out to be smarter than he looks. Up to their necks in an investigation of a bizarre apparent homicide, the two detectives barely keep afloat in murky waters. Events take them from the Florida Keys to Los Angeles and back, as a plot emerges that involves not only the dangerous Clare, but a furious West Coast mob boss determined to get back what is his at any cost.

This title is due for release on March 29, 2005
We'll send you an email as soon as it is available!