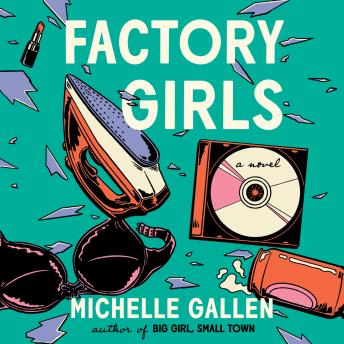 A funny, fierce, and unforgettable read about a young woman working a summer job in a shirt factory in Northern Ireland, while tensions rise both inside and outside the factory walls.

It’s the summer of 1994, and all Maeve Murray wants are good final exam results so she can earn her ticket out of the wee Northern Irish town she has grown up in during the Troubles—away from her crowded home, the silence and sadness surrounding her sister’s death, and most of all, away from the simmering violence of  her  divided  community.  And  as  a  first  step,  Maeve’s  taken  a  summer  job  in  a  local  shirt  factory  working  alongside  Protestants  with  her  best  friends,  kind,  innocent Caroline Jackson and privileged and clever Aoife O’Neill. But getting the right exam results is only part of Maeve’s problem—she’s got to survive a tit-for-tat paramilitary campaign, iron 100 shirts an hour all day every day, and deal with the attentions of Andy Strawbridge, her slick and untrustworthy English boss. What seems  to  be  a  great  opportunity  to  earn  money  before  starting  university  turns  out to be a crucible in which Maeve is tested in ways she may not be equipped to handle. Seeking justice for herself and her fellow workers may just be Maeve’s one-way ticket out of town.

Bitingly  hilarious,  perceptive,  and  steeped  in  the  vernacular  of  its  time  and  place, Factory Girls is perfect for fans of voice-driven stories with bite, humor, and realism, such as the Netflix series Derry Girls and novels by Douglas Stuart, Roddy Doyle, and Anna Burns.